The highly emotional, and sometimes controversial November 2008 elections in our Spanish Village by the Sea are behind us, FINALLY!

This political season was once again rife with vehement disagreement and biting criticism.  Opposing sides accusing each other of deception and fact distortion.  Apparently it’s not enough to simply disagree on an issue in today’s political climate and sort things out with intelligent thoughtful debate.  One group here in San Clemente finds it necessary to exaggerate certain aspects of an issue, and when that doesn’t work, they simply use their own math and spend tens of thousands of dollars to saturate the landscape with their skewed message of divisiveness.  Self-proclaimed defenders of posterity, employing questionable tactics in an exercise of ruthlessness.

One Notable event this cycle includes Save San Clemente Open Space stalwart and planning commissioner Brenda Miller being popped for illegally removing anti-Mann/Baker signs.  Ms. Miller was a fervent opponent to Measure C and intrinsically involved the Save San Clemente Open Space activities with Charles Mann.  Obviously, Ms. Miller was also involved with Charles Mann’s bid for a seat on the city council.  I remember Ms. Miller from the referendum petition drive in the summer of 2007 and a wave of suspicion washed over me upon learning that she had been chosen to be a planning commissioner for the city. Her recent actions in the removal of legally placed campaign signs is unacceptable and her next official move should be resignation of her position.  It would be the honorable thing to do, however honor is an unpracticed trait in the crowd she runs with.

Poor grammar aside, my heartfelt congratulations to Barack Obama, and the democrats, Jim Dahl, Bob Baker and the supporters of Measure W.  My intentional omission of Measure V is predicated on the opinion that the spirit behind it was purely for campaign purposes.  This assertion is supported by the actual text of the measure itself.  Upon close inspection of the document there is overwhelming evidence that it simply has no teeth, no current application and most likely will be shelved and forgotten. 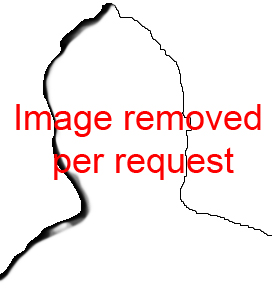