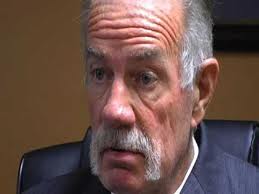 Let’s start with some facts:

The first amendment of the U.S. Constitution establishes your right as a citizen of the United States of America to believe what you want and say what you want.

When 33 pastors participated in “Pulpit Freedom Sunday”  in September 2008, they complained that their 1st amendment rights were being violated.  In truth, only their tax-exempt status was at risk, however literature distributed by the Alliance Defense Fund (ADF) stated that in most cases, nothing would actually happen.  So far, nothing has.  So why the big deal?  Churches are not obligated to file a return with the IRS.  In a 2006 article on psalm145.blogspot.com it was reported that the average church income is close to $5 Million per year.  Imagine having to suddenly pay taxes on that.  It’s not about free speech, it’s about the money.  But it gets worse.

Every church that participated in this event supported the 2008 Republican candidate from Arizona.  Coincidentally, the Alliance Defense Fund is based in Arizona.  Pastors reasons for swaying voters are mainly issues concerning abortion, same-sex marriage and stem-cell research.  With the exception of Roe v Wade, neither candidate would change the laws regarding these issues on a federal level.  So why would you support one or the other based on religious conviction.

Some Christians falsely believe that our country was founded on Christianity.  In the 16th Century, Queen Elizabeth punished those who would not conform to the Church of England.  For that reason, the United States of America was specifically designed to seperate church from state.

Devout Christians including Thomas Jefferson and James Madison believed strongly that religion should be separate from government.  The Constitution and the Bill of Rights apply to each and every person regardless of race, creed or sex.   So why do these pastors feel the need to mix their churches back in with the government?

Who is actually behind these actions?

Pro-lifers who supported John McCain also supported a war that was started under false pretense.  Pro-lifers that supported McCain supported the killing of men, women, pregnant women and children equally.  There is no question that the decision to invade Iraq was based on incomplete information at best, and deceit at worst.

Former Treasury Secretary Paul O’neill told “60 Minutes” of the newly elected Bush administration that “From the very beginning, there was a conviction that Saddam Hussein was a bad person and that he needed to go”.

Former Secretary of State, Colin Powell, who delivered the knock-out punch that convinced Americans of the threat, calls his dissertation on Sadam’s Weapons of Mass Destruction the lowest point in his life, that the information given him by the White House was anything but an intelligence document, some characterized it as a “sort of Chinese menu from which you could pick and choose”.  Secretary Powell was not told that one of the sources had been flagged as a liar and fabricator.

Former CIA director George Tenet stated that VP Cheney had is sights on Iraq as early as late 2001, early 2002 even though they knew Osama Bin Laden was in Afghanistan.  To think that we have not been fooled is naive, but to believe that it was “God’s will” in invade Iraq is insane.

“I disapprove of what you say, but I will defend to the death your right to say it” – The Friends of Voltaire, Evelyn Beatrice Hall – 1906

Our country is a melting pot of cultures that have the freedom to choose their individual religious and philosophical beliefs.  Faith is the practice of tolerance, understanding and love.  Any law inhibiting ones ability to choose based on religious belief or preference goes against the very principle that our country was founded on and is therefore un-American to the fullest.  Government does not belong in your church.

If you’re not fighting to keep it out, you don’t get it.