I’ve got a feeling you’re gonna break my heart
But that’s okay girl, because I love this part
Today I hold you, until the sun comes up
Today I kiss you…..

The day is coming, you’re gonna let me go
Won’t verbalize it, but honey I will know
Today I hold you, until the sun comes up
Today I kiss you….

Wrote, recorded and shot video of this song in one day (made minor video editing adjustments another day).

Sometimes inspiration takes days, weeks or months to cultivate.  Sometimes it hits you all in one day. 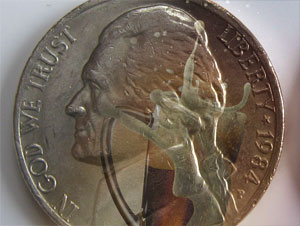 When we left off, Tina was coughing, I was drinking and the unknown drummer was doing alright.

The odd assemblage of players in the band was a tribute to tolerance.  Tina was a washed-up waitress from Buena Park with a kid.  Lots of gumption, but no goods.  Paul was the keyboard player who gigged with us when he wasn’t touring fairs with 70’s bands.  Henry the sax player, was big, black and really black.  An okay player, but great charisma, we always put him center-stage.  Mike, my guitar playing brother and myself, well let’s just keep us out of it for now.

The fill-in drummer was a Basque.  If you’ve never met a Basque then I apologize.  There isn’t enough space in this story to adequatly describe the psychological complexities of the Basque heritage.  Suffice to say that the tension was high and the behavior erratic.  This does accurately describe every drummer I’ve ever worked with, but being Basque adds an entirely new dimension to the equation.

The night wears on, the drunks get braver and the room stinks.

The dust and scum filled corners of the 34 year-old building hasn’t seen a sober broom since 2 months after inception.  The gum stopped urinals are stained and just plain nasty.

The frequenters of this establishment are locals.  There is nobody at home they want to hang out with, so they come here.  The bartenders and waitresses are their family.  The clientele choose to soak their heads in alcoholic splendor rather than have an actual life.

That’s where we come in.  It’s our job to encourage and incite the rabble and boost sales.

We think we have it.  The people are dancing and smiling and getting it on.  The staff are bobbing their heads and nudging their neighbors in excited, useless conversation.

People are buying rounds, the manager is smiling and nobody has been arrested or died.  It’s been a good night.

The last song is played and I expel a sigh of ouzo drenched relief as the evening seems to come to a close without incident. But of course, it’s never over until it’s over.

We’re packing up, carelessly swinging the heavy equipment through the thin doorways and tossing it into our cars.  The Basque wants a beer, but the place is closing and the bartender and the manager are anxious to leave.  The answer is no.

The Basque does not accept this answer and waits until no one is looking and while the competent staff are busy restocking for the following day, the Basque steals a 6-pack off the top of the bar and runs out the back door.

None of the band members are new, but we are a new band trying to break in to the club scene.  We start getting regular work and BAM, it’s gone.

It’s the first time the group has attempted to crack this smelly crowd of regular suds swaggers and it doesn’t look like it’s going to be pretty.

There’s a twist in my pre-gig martini and in the night.  Our regular drummer is double booked.  He took the higher paying gig, just like the rest of us would have.  The keyboard player, Paul, asked one of his friends to sit in.

He assured us the guy was good and we all believed him because, well… we didn’t have anybody else.

The guy, we’ll call him the drummer, was alright.  That was, until the end of the night when things started getting freaky.

We’d been on freaky gigs before, like when Andy, the 60+ year-old owner of the Bunkhouse would do a complete striptease in the middle of the dance floor.  A gay, 60-something, overweight man suggestively removing all of his clothing in middle of biker bar in Garden Grove.  Freaky.

I could tell this was going to be exactly the same, but different.

Vice presidential candidate Sarah Palin, admitted on Saturday (10/11/2008) in Johnstown, Pa. that Republican presidential candidate John McCain is IN FAVOR OF ABORTION in cases where the pregnancy threatens the woman’s life. Additionally, In an interview on “Meet the Press”, McCain stated that cases of rape and incest are legitimate exceptions to anti-abortion views, which is in direct opposition to The National Right to Life stance. John McCain also told associated press reporter Ron Fournier that he would not support the repeal of Roe vs. Wade. McCain has got this voter thinking, What is going on? When it came to so-called legitimate exceptions, Dan Quayle correctly answered yes to the cheap-shot attempt by a savvy 11 year-old girl (obviously a democrat) in 1988. When asked if she should bring a baby to term that was conceived by paternal incestuous rape, the illustrious Mr. Quayle responded:

Of course at the time, the girl was 11 years old, and not technically a woman. Quayle’s sharp sense of character assessment aside, telling a complete unknown prepubescent she’ll be successful post excruciating traumatic event is simultaneous artificial encouragement and deep ignorance. Which brings us back to McCain. Flip through some of his documented quotes sorted by presidential race and you’ll find a variety of different answers pending on the year, which makes sorting by relevance that much more difficult. Cut back to abortion, what determines a threat to a woman’s life? A physical condition exclusively? What if the expectant mom is a sociopathic convicted felon for child sexual abuse? How will she take to the child she was forced to birth? Or as in the example brought before VP Quayle, can you say with complete confidence that an 11 year-old girl’s life would not be threatened by a pregnancy and subsequent birth? Who are YOU to determine someone else’s fate? Pro-lifers call abortion murder, yet they can justify murder when the expectant mothers life is threatened. Why…? If pro-lifers believe as they say and life begins at conception, then why are there any exceptions? Murder is murder.
The abortion issue is too complex for a one-size-fits-all ruling. The decisions need to be made by the individual families involved. Diversity is one of our country’s greatest assets. The over zealous religious right believe that their way is best and continue to impose themselves on those who do not believe as they do. Some call that lack of respect. The republican spin-doctors are using the highly charged emotional juice from this issue to further their agenda. Freedom and the right to choose is called Democracy. What’s it called when the government chooses for you?

(the statements above are all true, although some may appear out of context, the author accepts no responsibility for the enlightenment of others through manipulation.)