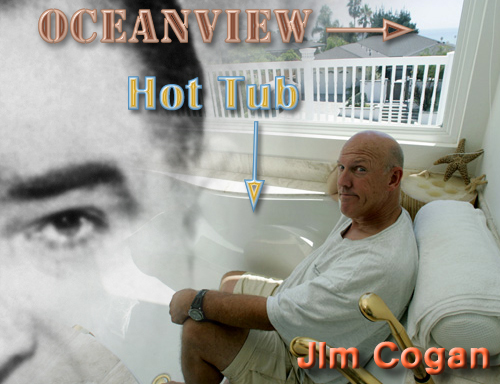 How does it feel to be duped? It makes me kind of angry. The small group of Pacific Golf Club members who orchestrated this campaign against their own club are not interested in Open Space or Traffic. Their intentions are not honorable and their tactics are deplorable. Since when has saving a portion of a Private Golf Course become a noble cause? You’ll have to excuse me, I grew up in the sixties, and there weren’t too many crusades to save Private Golf Courses in those days. And I can promise you that a Private Golf Course was never referred to as “Sacred Open Space”, as it was on Tuesday night at the March 6th, City Council Meeting. The admitted assumption by this group, dare I say “special interest” group, is that the owner will be forced to sell the property back to the bank. Who will in turn sell it to a Golf Course Operator, who will continue to operate the club in its current 27-hole configuration. The assumption is that life will continue as usual, no crowded fairways, no waiting for tee-times, all the luxurious amenities that a Private Club member demands. And they have you, the homeowners in Rancho San Clemente to thank for it. So what do you, the homeowners in Rancho San Clemente receive in return? “O”, goose egg, squat. I’m sorry, you’re not a member, get off my property. Oh, you can see it from afar…well not really. The visual buffer that Council man Eggleston referred to in his prepared dissertation, doesn’t really apply unless they decide to build a housing development in the Dog Park, the Industrial Park or Camp Pendleton. By the way, I was under the impression that our elected officials were interested in what we, the public who voted for them, had to say. I was at the city council meeting, I watched as Wayne Eggleston sat and listened intently to the public hearing, holding his hands together in front of him the entire time by the tips of his fingers almost prayer-like in contemplation. But when he spoke at the end, he read from a prepared written statement. He hadn’t written anything down, save for a few quick notes all night. If you had millions of dollars riding on a vote, wouldn’t you be just a little upset that one of the votes was so predetermined that a multiple page dissertation had been prepared? I mean what’s the point?

They lied to us. They repeatedly told us the housing was high-density condos, but it was never that, public records back that up. They told us that this project would hurl us into gridlock, but the reports from the independent consultants the city hired and our own city traffic engineers indicate that that is far from the truth. They used slogans like “SAY GOODBYE TO THE BEACH” and “OUR CHILDREN ARE AT RISK”. They sent duplicates, triplicates and quadruples of letters and emails to the city council. Before the meeting got started they threatened the council with a lawsuit and a referendum. Less than an hour before the proceedings a 22-page document with attachments was received by the city attorney that was prepared by a law firm in L.A. to debunk the EIR, which the city attorney described as a ploy written by someone who wasn’t familiar with the area or the project. Of course the EIR was completed over a year ago, and there were public hearings, so there was ample time and opportunity to question it then, but that’s not very dramatic, that’s not very “Law & Order”. But don’t confuse me with the facts. The lesson here is that if you need to get something by the City Council, play dirty.