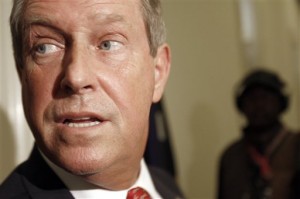 It doesn’t get clearer than that.  But to be fair, what could have he been thinking?

Okay, there it is, Joe was right. Right?

No, he was wrong.  Personal characteristics does not include immigration status and that first line “[e]xept as…” defers to the explicit regulation; NO FEDERAL PAYMENT FOR UNDOCUMENTED ALIENS.

A report from the Congressional Research Service concluded the following:

“Thus, legal permanent residents, and noncitizens and unauthorized aliens who qualify as resident aliens … would be required under H.R. 3200 to have health insurance,”

Oh well, I tried Joe, but on this particular issue you are on the wrong side of stupid.

Joe apologized for the outburst, but not for the statement, saying “…when I knew we had those two amendments.”  Okay, here we go, there’s two amendments that are going to open the floodgates and the whole world will inundate America to utilize our superior healthcare FOR FREE!

Well, actually those two amendments were already defeated.  Sorry Joe, that was your last hope.

But why?  Is Joe Wilson uneducated?  No, he received his undergraduate degree from Washington & Lee University.

What are the other possibilities?

Joe is an old white guy from the south who belongs to “The Sons of Confederate Veterans”, whose website proudly states:

“Today, the Sons of Confederate Veterans is preserving the history and legacy of these heroes, so future generations can understand the motives that animated the Southern Cause.”

The motives that animated the southern cause were quite simply slavery.  The states that attempted secession from the United States did so for one main reason.  To keep slaves.  That’s what the confederacy was all about.  Does it get any clearer than that?

The deadliest war in U.S. History was fought because seven states were determined to continue the immoral ideal of physically owning another human being.  To use and abuse through servitude and bondage at will and at whim.

South Carolina did more to advance nullification and secession than any other Southern state in the events leading up to the civil war.

When Representative Joe Wilson blurted out “You Lie” to the President Barack Obama, it was the first such outburst in the history of televised joint sessions.  But Wilson didn’t merely disrespect the President.  He disrespected the office of the President and in doing so disrespected all of it’s citizens.  He made us all the worse for it.

Joe, you are squarely on the wrong side of stupid.