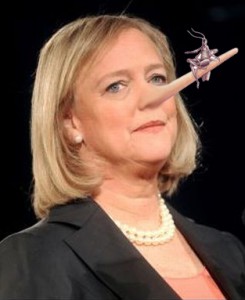 David, I hope that you have an essay on Carly Fiorina. When CEO at Hewlett Packard, the board of directors asked her to leave (kind way of saying she was fired). If she messed up at a corporation, what could she do to our government? I don’t believe that it’s anything positive.

Most certainly Aunt Ruth. If you look at the ridiculous media coming out of the Fiorina camp, It’s hard to fathom that anyone is taking her seriously.

That ridiculous media may only be viewed in California. So I don’t get to see it.