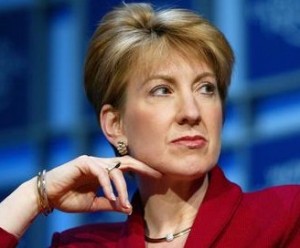 One reply on “Carly Fiorina – Is this a Joke?”

Gads of claims are made in this hilarious, yet ultimately sad clip, but saying that Fiorina added jobs is patently untrue. The addition of jobs is attributed to the disastrous merger with Compaq (which led to her ousting), but the Net result was a LOSS of jobs.