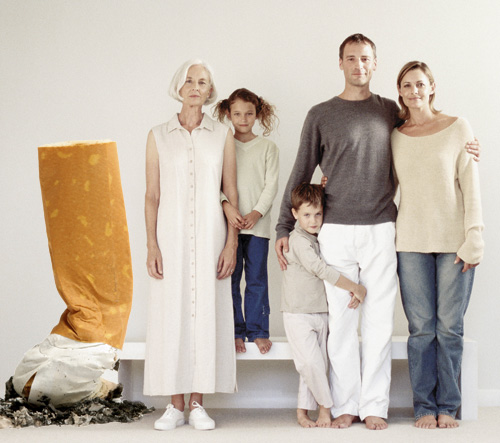 I used to love to smoke.  My first hit off an actual cigarette was at the age of 9.  Prior to that we’d pretend with bubble gum cigarettes  that came in cute little packs, designed for kids.  How quaint.

Seventh grade was when a bunch of us started smoking for real.  We formed an exclusive club called “The Group” and hung out after school and on weekends at the park adjacent to Gisler Intermediate school in Huntington Beach.  We were absolutely up to no good. We’d bribe older siblings to score a 12-pack of Bud, or loiter in front of 7-11 to pester potential future lawbreakers.  But cigarettes were easy in the 70’s.  There were cigarette machines that didn’t care how old you were, the guy behind the counter at the liquor store hardly ever asked, and if he did you’d say they were for your mom.

Back then everybody was smoking, all your friends houses had ashtrays on the coffee tables in their shag carpeted living rooms. Some had ornate glass jars brimming with fresh Marlboro’s.  Parents couldn’t smell it on your breath because they were smoking too, and once you hit 15,16 or 17, even they didn’t mind that much, I mean at least you weren’t drinking (you were of course, but you were better at hiding that).

We’ve all seen the pictures of black lungs and the decrepit old transient with a breathing hole cut into the base of his throat, and hear constantly about cancer.  But what if you don’t get cancer and you can still climb a flight of stairs without spitting tar?

I don’t care about pictures and studies or all the propaganda devoted to eliminating the $109.2 billion dollar tobacco industry.  Did the cigarette companies target children? Yes, they did. Did they lie to congress?  Yes, they did that too. 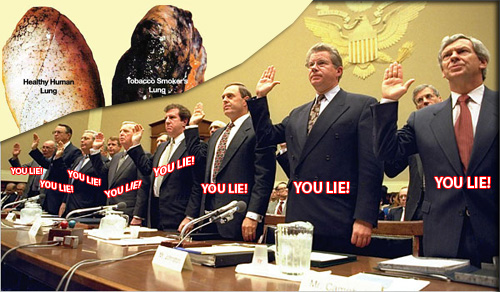 Both reasons are enough to dislike the tobacco industry intensely, but those guys were just doing their jobs (in a sinister, destructive sort of way).   Besides, that has little bearing NOW when you’re trying to quit and jonesing for cigarette.  No, the most diabolical aspect of this entire issue is the command nicotine has over your brain.  You knew it was wrong when you started, you did it anyway, and now that tiny cylindrical paper satchel filled with dried poisonous leaves has complete control of your life.  You plan portions of your day around when you can sneak out to suck on one and when you’re not smoking, you’re thinking about smoking.

And that is THE reason to quit.

Everyone is different, what works for me may not work for you.  In my experience, pills, patches, programs, gum, nicotine replacement therapy, hypnosis, acupuncture, yaddah-yaddah-yaddah… None of it works.

Nicotine is an addictive drug, but smoking is a lifestyle.  The only real way to quit is to make up your mind and do it.  You will not suffer physically, like with heroin or alcohol.  Although you may gain a few pounds.  That habit of shoving something filthy between your lips several times a day becomes an obnoxious yearning.

Your mind is the only true cure on this one and you probably won’t be successful the first few times you try.  I am personally acquainted with those who have, but it took me around 5 years to become smoke-free, so don’t beat yourself up too bad and don’t quit wanting to quit.

My motivation was simply being so pissed off that I allowed this stupid little cancer device to dictate so much of my life.  I have no idea how many packs I bought, smoked one or two, got disgusted with myself then tossed the pack out the car window driving 70 miles an hour down the freeway.  Yes, it was littering, but I never ventured back to go find them either.  It was a process, a mental process.  It’s the best tool you have.

YOU CAN DO IT!

Nicotine is one of the most addicting substance in this world so avoid smoking cigarettes.~`-

oh well, nicotine is the number cause of lung disease. this substance can really kill your lungs.:~;